+1
Sorry if this topic has already been covered.

I have been trying to use the new "Portable Foundation" app that runs on windows to image a cluster without using a VM. Every time I try (three so far) I get errors that the IPs I have provided are already used. I am using a flat switch and the 10G and 1G are unplugged from the customers switches. I have tried with my laptop in and out of airplane mode, with the firewall on and off and still receive the errors. The only difference is that each time I try, the listed IP conflicts are never the same. It will tell me in the first try that x, y, and z are in use, then the second time it may say that a, b, and y are in use.

Any ideas? I really like the idea of this app working. 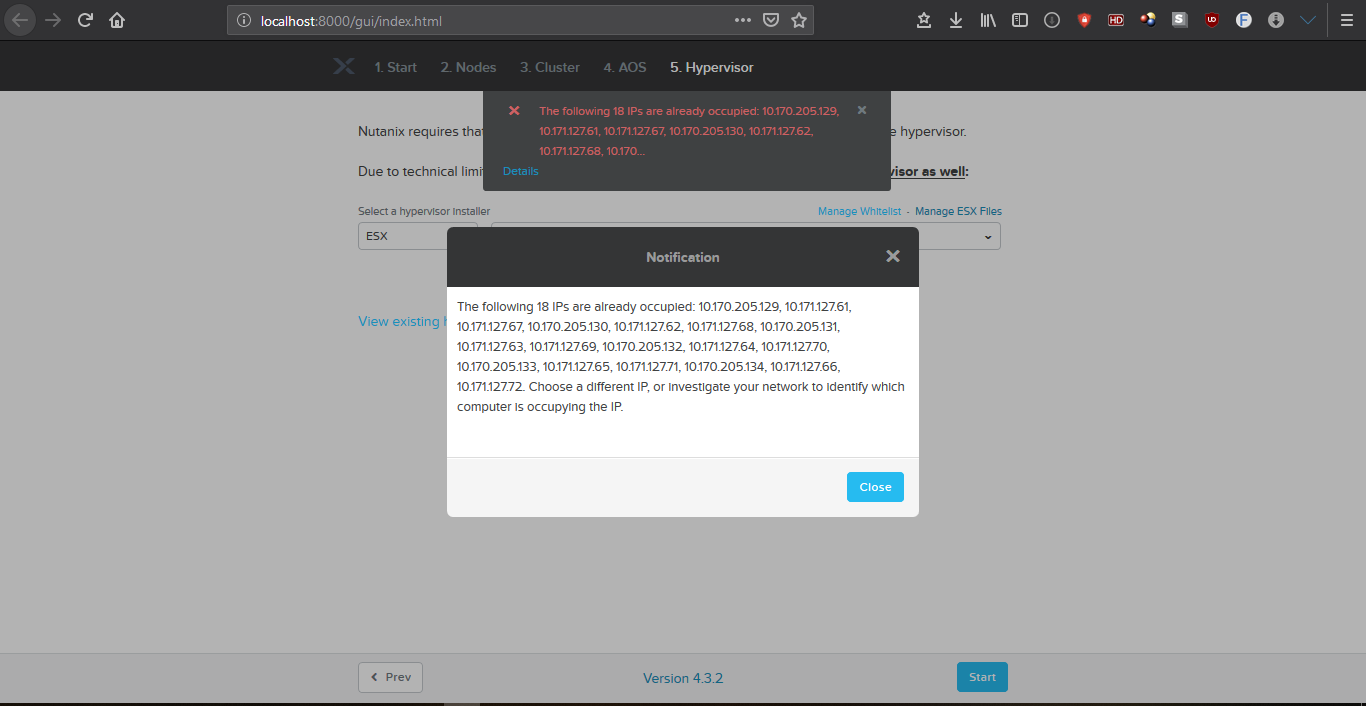 Apologies for the delayed response, I would begin with some PING tests on the network to those IP’s to completely rule them out as being used. If you are certain those IP’s are available then there may some cached configuration data that needs to be cleared / reset.

Thank you for the response.  This is an issue that my entire organization has dealt with.  We pretty much gave up on the windows app working and have resorted to either using the VM (my preference) or the applet.  I still like the idea of the windows app working. Just to clarify, we always use a flat switch that is not connected to anything other then the new nodes and a laptop.  The nodes are only connected to the flat switch The IP conflicts only appear with the windows app and this is happening with multiple people using different hardware.

If you have not done it so far,  try to use another flat switch and/or another desktop and/or another download of the portable foundation app, to see if any of these can make any difference,.

Also attaching a Linux system to the flat switch and running the command:

could provide you with multiple mac addresses having same IP in that attached network.

If neither of the above worked alongside any cache clearing of the involved devices, I would open a case with our support center to dig deeper on this issue.