+5
We created a distributed switch and it works flawless.

You only need to watch carefully which ports you are migrating.

I created a picture of how it logically looks for our documentation. 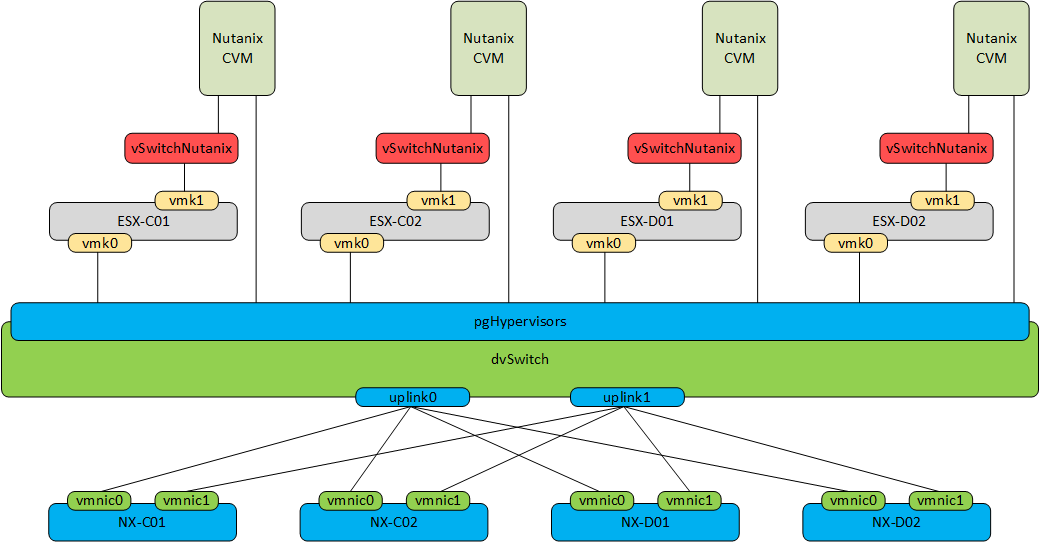 A small sidenote which already has been submitted as a bug is that NCC (Cluster health tool) won't notice 10Gb/s interfaces and will report this as a problem when using a dvSwitch.
If it is broke, fix it. If it ain't broke, make it better!
Powered by inSided
Terms & Conditions