The previous link has great information and resources, but to summarize, there are four main objects that are relevant:


In this blog post, we’ll be creating some fictitious users with varying responsibilities and Kubernetes cluster access needs. We’ll then walk through applying those roles to a Karbon Kubernetes cluster, and see how the end users can access the kubeconfig via Nutanix Prism.

In this example, you’re the Infrastructure Admin, where one of your main responsibilities is managing all of your Nutanix infrastructure. You also have 4 users you wish to support:

As an exercise for the reader, run “kubectl get clusterrole” to view all the roles already defined in the cluster, and “kubectl describe clusterrole/cluster-admin” to view detailed information about the pre-defined admin ClusterRole.

Next up we have Dave our developer:

If another developer (Dale) were to start in your organization, which of the above pieces would you have to create again? If you answered “only the ClusterRoleBinding,” you’re correct. Our ClusterRole object can be used over and over, so all we need to do is create a new ClusterRoleBinding to bind Dale to the already existing ClusterRole.

For smaller organizations or teams, adding users individually may be feasible. However there are plenty of instances where this method does not scale. Let’s go through our next example where we add Owen and Olivia via an AD group:

The first part of the above yaml first defines the Namespace that we’ll utilize for the Role and RoleBinding. If your cluster already has the namespace created, then please omit that portion.

The next section is defining the Role, note under the metadata section we’re defining the namespace (ops) that this Role belongs to. The rules section is the same as the previous example, but feel free to tweak for your environment.

Now that we’ve defined all three of our RBAC yamls, let’s go ahead and apply them to our cluster:

Now that we’ve properly configured our Kubernetes cluster, we need to add our users in Prism Central so they have the ability to log in (or use karbonctl) to download kubeconfig files. As an infrastructure admin, you likely do not want to grant your Kubernetes users access to modify your storage or virtual machines. The good news is that you can simply add your users as Prism Viewers, which grants them read-only access. With this access level, they’ll be able to download kubeconfig files, but they’ll be unable to modify anything.

With your infrastructure admin account, log in to Prism Central, select the gear icon in the upper right, and select Role Mapping in the left column. For each User or Group, select the + New Mapping button, and fill out the appropriate fields. Be sure to select the Role as Viewer, and comma separate your Users. Once complete, your role mapping summary should look similar to this: 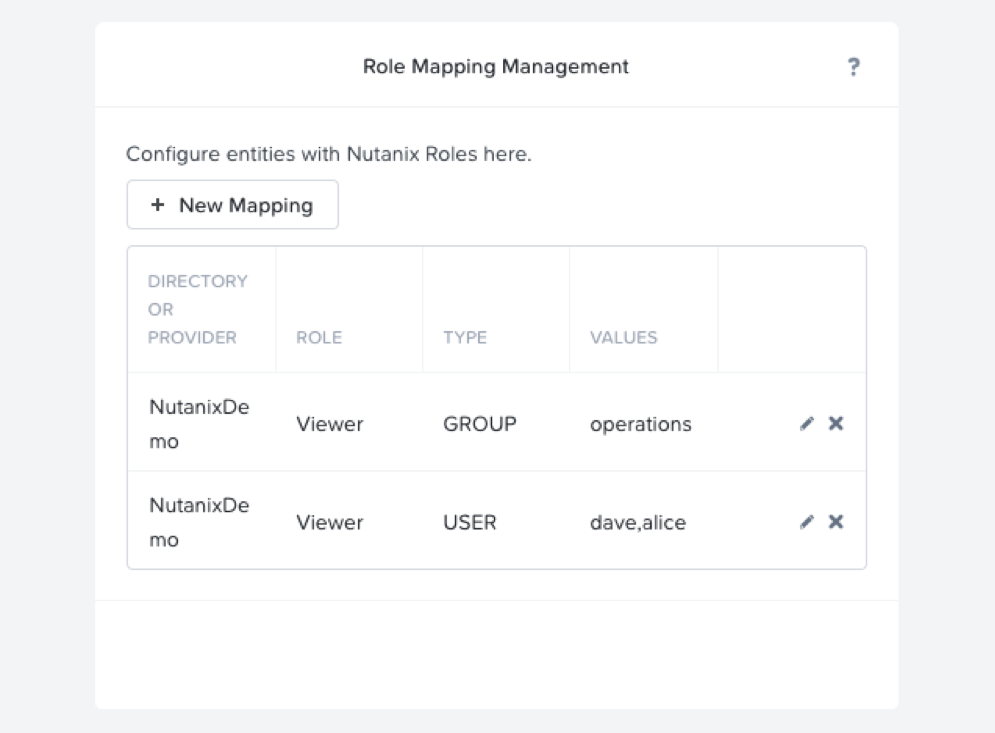 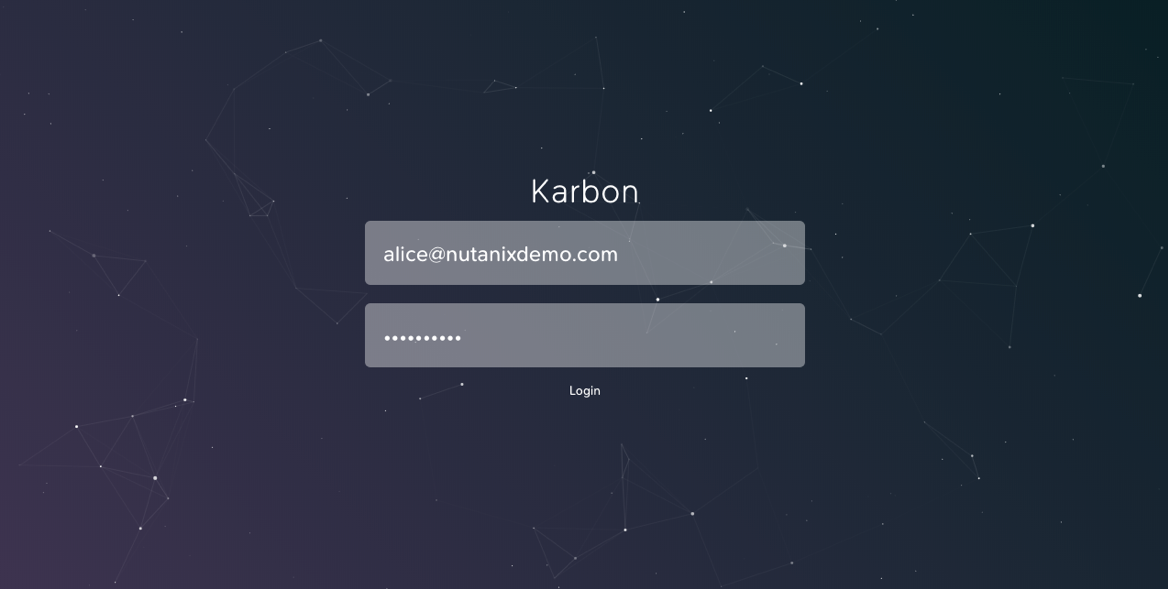 Once your end user is logged in, you’ll note that the only option available to the user is to download kubeconfig files. They’ll be able to download a kubeconfig to any Karbon Kubernetes cluster, however, unless an administrator has created a role and a role binding for that particular user, the kubeconfig will not provide access.

Now that we’ve successfully configured both our Kubernetes cluster and our Prism Role Mappings, let’s run through some example kubectl commands to validate that everything is working as expected. We’ll go through three of our users in the same order as above (Alice, Dave, Olivia).

As expected, Alice has full cluster admin access, she can view (and modify) nodes, create pods, and view pods in all namespaces. Next, let’s look at Dave.

Note that our first command appropriately fails, as we did not grant Dave access to view or modify nodes. However, the other commands all succeed, regardless of the namespace. Finally, let’s view Olivia’s available actions.

Again, we first see that Olivia is unable to view node information, but contrary to Dave, we see Olivia cannot view pods in the default namespace. Recall that Olivia is granted access via a Role and a RoleBinding, which was limited to the ops namespace. In later commands, we see she has privileges view resources in this namespace, but no ability to create new deployments, or delete deployments that were created by Dave.

Back as our infrastructure admin, there are several other commands that are very useful:

Additionally, there are many great open source tools to aid in determining RBAC and associated resources for your Kubernetes clusters. For next steps, please check out KB-7457 to see how to refresh your Karbon kubeconfig via the command line.

The ability to provide Role Based Access Control for any of your company’s infrastructure is critically important. Thankfully, the combination of built in Kubernetes RBAC and Prism Read Only Users allows for extremely granular control over your Karbon Kubernetes clusters and resources.

This topic has been closed for comments
A
Thanks for bringing us this information! As a DevOps Consulting specialist at Romexsoft, I can't stress how important it is to think of DevOps as a culture as opposed to a position. Agile DevOps must be implemented across all levels of your organization instead of being relegated to a single position or department.
Powered by inSided
Terms & Conditions