The hosts are Dell Optiplex 3050 with:
Quad Core i7's,
32Gb of RAM,
1TB NVMe SSD
& 2TB HDD.
I originally looked at NUCs but after adding all the components the Dells worked out close to half the price!
We run DellEMC XC servers in the production environment so it also seemed a good fit to stick to Dell hardware.

Performance has been impressive, we orginally had these workloads on old supermicro servers we had lying around with 4x the memory and Xeon processors. But these little beauties out perform them and are silent so I can leave them in the office! 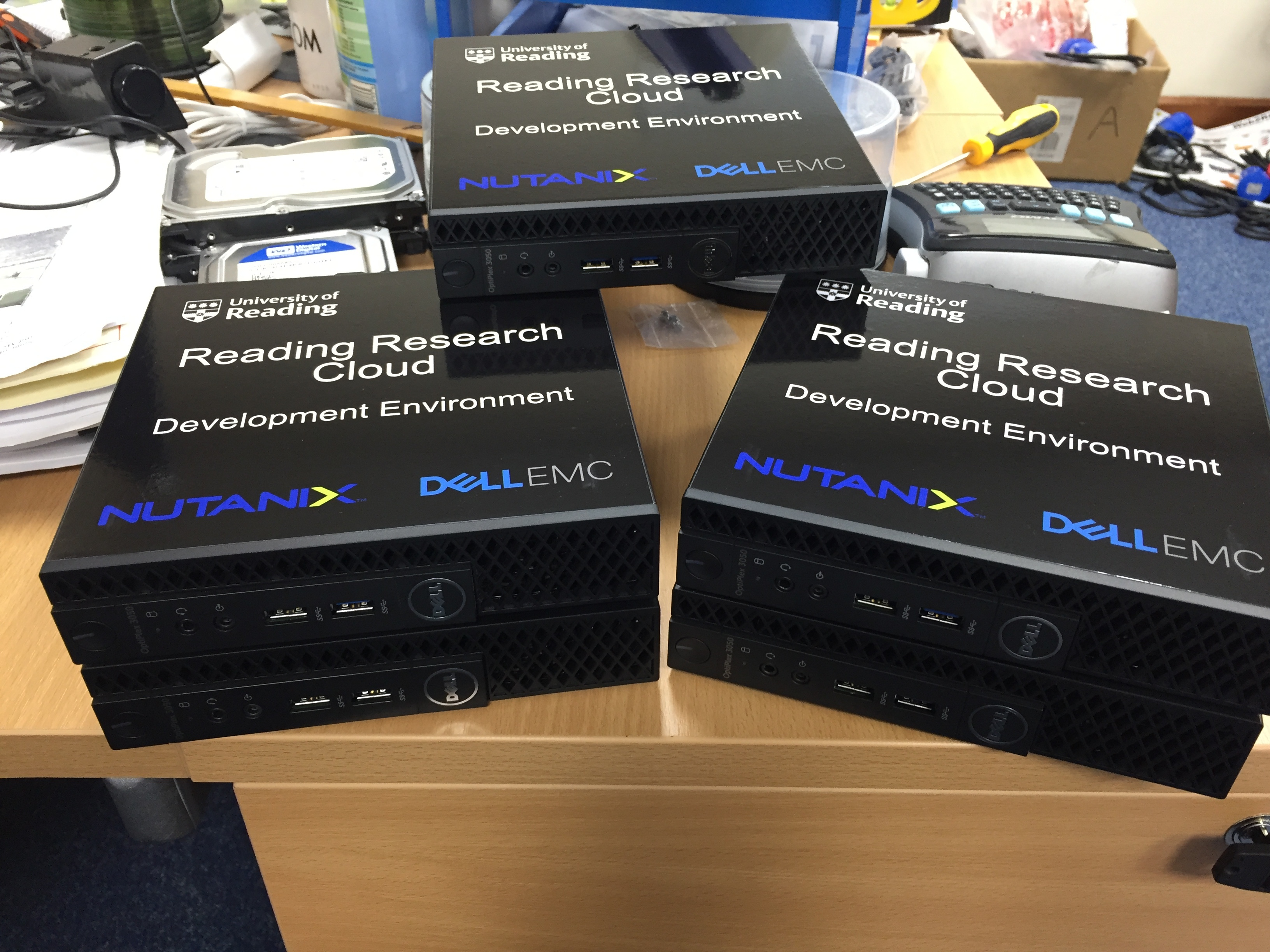