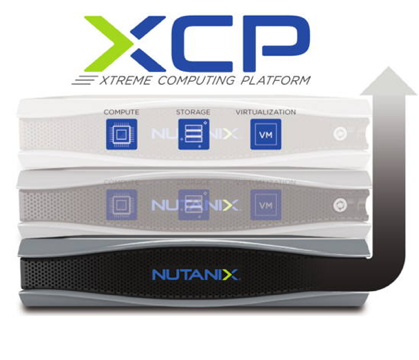 With .Next behind us and all of the announcements have made their impact, we now can take a look at how to extend the Acropolis capabilities to other workloads. One of those obvious workloads is application and desktop virtualization (also referred to as SBC/VDI). We are proud to say that Acropolis and Acropolis Hypervisor were awarded Citrix Ready certification for Citrix XenDesktop and XenApp 7.6.

Customer Value
What Is the Nutanix Architecture
The Nutanix Xtreme Computing Platform is a scaled-out cluster of high-performance nodes, or servers, each running a standard hypervisor and containing processors, memory, and local storage, consisting of SSD Flash and high capacity SATA disk drives. Each node runs virtual machines just like a standard virtual machine host. 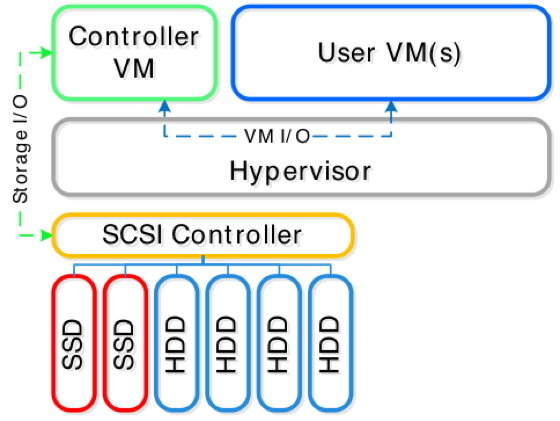 In addition, the Nutanix Distributed Storage Fabric (DSF – formerly called Nutanix Distributed File System) virtualizes local storage from all nodes into a unified pool. Virtual machines running on the cluster write data to DSF as if they are writing to shared storage.

DSF is VM-centric and provides advanced data management features. It brings data closer to virtual machines by storing the data locally on the system, resulting in higher performance at a lower cost. Nutanix web-scale hyperconverged infrastructure can horizontally scale from as few as three nodes to a large number of nodes, enabling organizations to scale their infrastructure as their needs grow.

Nutanix Acropolis and DSF deliver a unified pool of storage from all nodes across the cluster, using techniques that including striping, replication, auto-tiering, error detection, failover, and automatic recovery. This pool is then presented as shared storage resources to Nutanix nodes or hypervisor hosts for seamless support of features, including VM migration, HA, and DRS, along with industry-leading data management features. Additional nodes can be added in a plug-and-play manner in this high-performance scale-out architecture to build a cluster that adapts to meet the needs of the business.

The Nutanix Elastic Deduplication Engine is a software-driven, highly scalable, and intelligent data reduction technology. It increases the effective capacity in the disk tier, as well as the RAM and flash cache tiers of the system by eliminating duplicate data.

This substantially increases storage efficiency while improving performance due to larger effective cache capacity in RAM and flash. Deduplication is performed by each node individually in the cluster, allowing for efficient and uniform deduplication at scale. This technology is increasingly effective with full/persistent clones or P2V migrations.

The DSF Shadow Clones feature enables distributed caching of vDisks or VM data, which is in a ‘multi-reader’ scenario. This allows VMs on each node to read the base VM’s vDisk locally instead of forwarding read requests to a master ‘Base VM’. In the case of VDI, this means the base disk can be cached by each node and all read requests for the base will be served locally. If the base VM is modified, the Shadow Clones will be dropped and the process will start over. In Nutanix testing, Shadow Clones helped cut down boot times by as much as 50% vs. normal scenarios where it was not turned on.

What Is the Nutanix Acropolis Hypervisor (AHV)
Nutanix Acropolis is our turnkey infrastructure platform that delivers enterprise-class storage, compute, and virtualization services for any application. Acropolis offers IT professionals uncompromising flexibility of where to run their applications, providing a path to freely choose the best virtualization technology for their organization – whether it is traditional hypervisors, emerging hypervisors, or containers.

For the first time, infrastructure decisions can be made entirely based on the performance, economics, scalability, and resiliency requirements of the application, while allowing workloads to move seamlessly without penalty.

The three foundational components of Nutanix Acropolis are shown in the following table:

Hyper-V, Acropolis also includes a native hypervisor based on the proven KVM hypervisor. With enterprise-grade VM management and more , the Acropolis Hypervisor delivers the best overall user experience at the lowest TCO and will be the first hypervisor to plug into the App Mobility Fabric.

The core components of XenDesktop related to the announced Citrix Ready solution include:


Architectural Summary
With Citrix Ready certification from Citrix for XenDesktop on Acropolis Hypervisor, we can deploy VMs hosted on Acropolis Hypervisor with the Citrix VDA installed. Combining that with an intelligent script framework based on PowerShell, we’re able to deploy VDI or RDSH-based VMs that are ready to provide desktops and/or applications to your users. 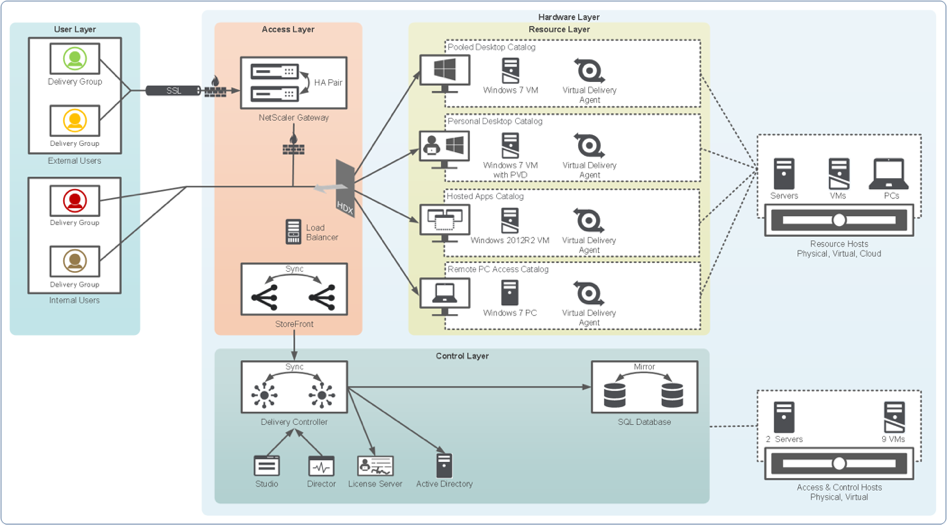 Running Citrix XenDesktop on Nutanix will provide you with a linearly scalable and predictable infrastructure based on a pay-as-you-grow model, while providing the performance that is needed for the mission-critical interface to your enterprise application landscape. For example, if you need to double the number of desktops you support, you can just double your Nutanix infrastructure. Or, if you need to support a few additional users, you can just add the appropriate number of Nutanix hosts determined by our sizer tool adding both memory and compute.

The next phase will be to provide an integrated deployment method that will support automated machine catalog management on MCS.

Read more about this announcement on the Nutanix site and bookmark this page to get your copy of the Nutanix XenDesktop on AHV solution note once it's available! Until then, drop us a note at info@nutanix.com if you are interested in learning how can you run your Citrix stack on Nutanix AHV.

Follow Nutanix on Twitter for the latest news and announcements. Become a member of the NEXT community and continue the conversation with IT pros from the community.
Be the first to reply!