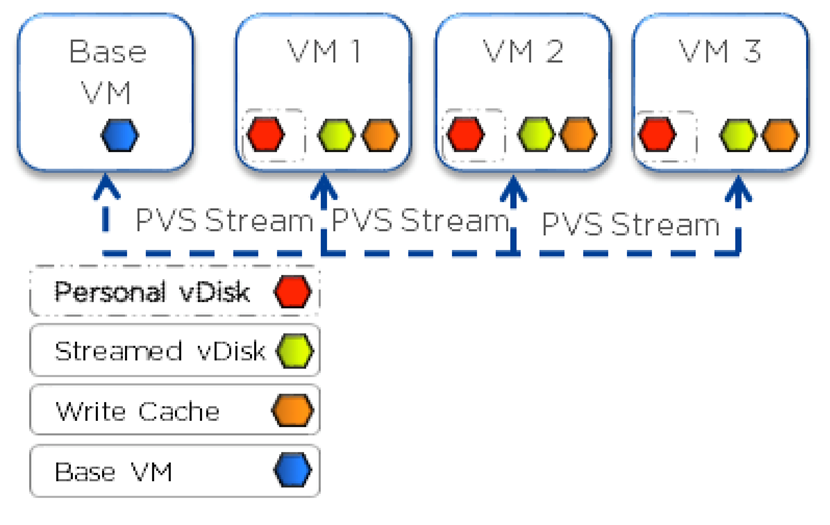 +35
This post was written by Kees Baggerman and Martijn Bosschaart

Provisioning Services (PVS) is a bit older than MCS and requires a separate server in your infrastructure in addition to the XenDesktop controller. Because of availability and scalability you would, of course, have more than one PVS server.

A big difference between MCS and PVS is that PVS is a mostly network-based technology. It can be deployed in non-persistent scenarios.

After installing Citrix PVS, an administrator or consultant will prepare a device (i.e., a master target device) for imaging. This will mean installing all required software on that device (e.g., MS Office, PDF readers and writers, the Citrix PVS target device tools) and all needed optimizations for this particular image. 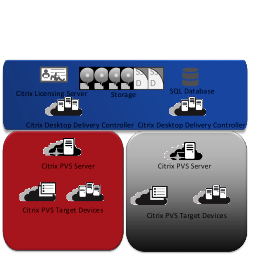 While Citrix PVS is great for image management, there are certain items within a Windows configuration that would gain from persistency, such as event logs, antivirus definitions, and App-V cache. “Write cache” is the Citrix PVS feature that allows differential writes to be saved for persistent items within the Windows configuration. When data is written to the image with a configured write cache, it is written to the write cache file rather than the base image itself.

The options for write cache are as follows:

When the target device is booted, write cache information is checked to determine the cache’s files presence. If the cache file is not present, the data is then read from the original vDisk file.

This will require a local HD, and the cache will be stored in a file on the local disk, which will be mounted as the second drive of the target device. The cache file size grows as needed, but will not outgrow the original vDisk.

Faster than server cache
Slower than cache in RAM

The cache is stored in client memory, which is taken from the client’s main configured memory. The maximum amount of cache can be set in the vDisk properties. All the data written to the cache in device RAM will be read from RAM too, resulting in fast performance.

Faster than cache on local HD
When memory limits are reached it will result in device stops (the blue screen of death).

Cache in device RAM with overflow on hard disk

Faster than cache on local HD
Needs proper sizing and, when RAM is full, performance could be impacted by slower HD performance.

No BSOD when RAM Is full

When cache on server is selected, the cache is stored on the Citrix PVS server, or on a file share or a SAN connected to the PVS server. It is slower than RAM cache because all reads and writes have to go to the server and be read from a file. The cache gets deleted when the device reboots, so on every boot the device reverts to the base image.

Enables HA
All writes will go across the network


Changes are not consistent after reboot

When implementing or managing a traditional Citrix XenApp or XenDesktop environment, one of the most time-consuming tasks—one that could have a big impact on user experience—is establishing uniform behavior across all servers within the farm. Of course administrators can solve this problem using automation and orchestration, but there still needs to be a rationale for using both of these processes. For example, one could easily modify one server, just to save time.

By using Citrix PVS, change management for Citrix XenApp or XenDesktop farms is forced to be in line with desktop management processes; changes and patches will be managed centrally within a golden image. Changes to the image will be pushed out when the target devices boot-up; this will make your image build consistent, because all of your target devices are using the same shared copy of the image.

In a traditional environment, vDisks need to be managed per PVS server, with a copy of the vDisk placed on every active PVS server.

This process can be done manually or with scripted automation. However, both of these processes are error prone when an update to the vDisk is required, potentially leading to a mismatch between vDisk versions on the various PVS servers.

How Nutanix helps with Citrix PVS

Because of the Nutanix Distributed File System, we can simplify write cache placement. There’s no local disk management and our solution isn’t typically constrained by IOPS. As a result, an architecture can be simplified by directing the base-image VM’s write cache to the Nutanix data store. 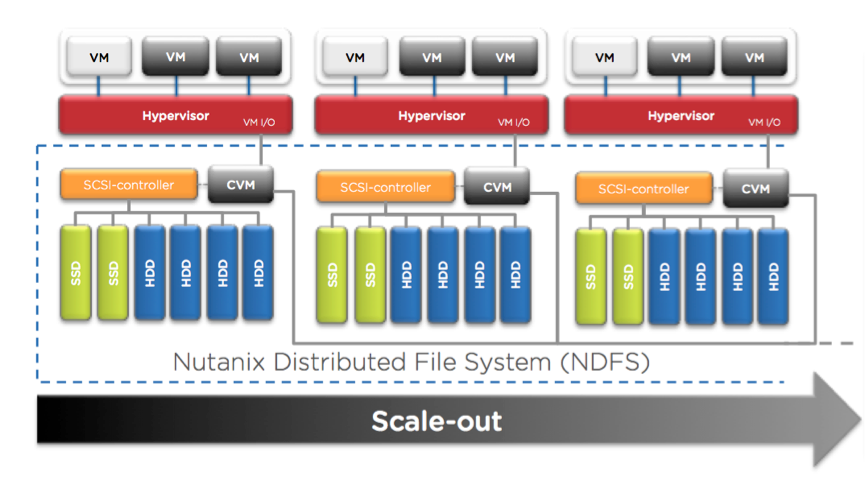 By using the Nutanix infrastructure for your workloads, there is always an optimized I/O path available due to auto-tiering in the Nutanix technology stack. Auto-tiering prevents RAM from filling up, which could result in a BSOD or decreased performance from hitting HDDs. 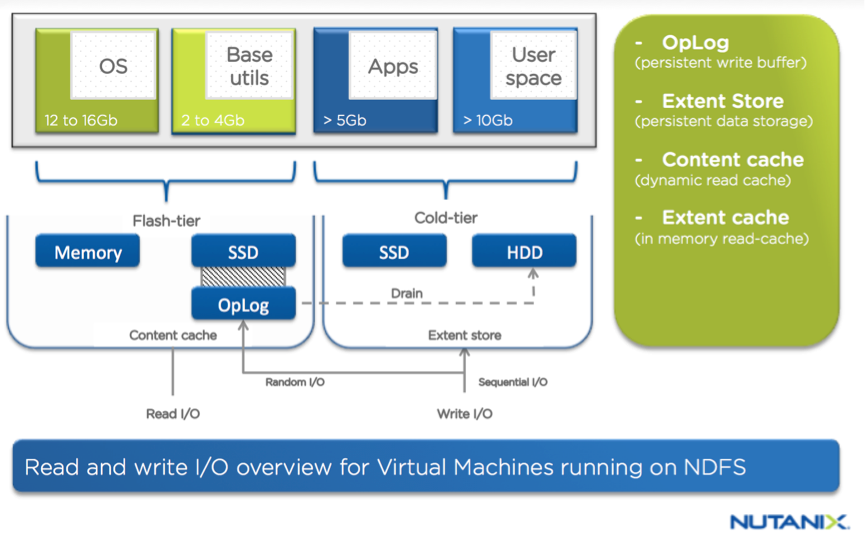 NDFS simplifies Citrix PVS vDisks distribution by presenting SMB shares to Hyper-V on the same physical node as the PVS server. This method leverages the benefits of shared storage, such as manageability and fault tolerance, without the drawbacks, such as a single point of failure and I/O bottleneck. This scenario also takes advantage of increased performance due to data localization, which is based on RAM, SSD, or HDD, if needed.

Read more about our Winning Best of Show at Citrix Synergy 2015.
Follow me on Twitter: https://twitter.com/AngeloLuciani
Be the first to reply!